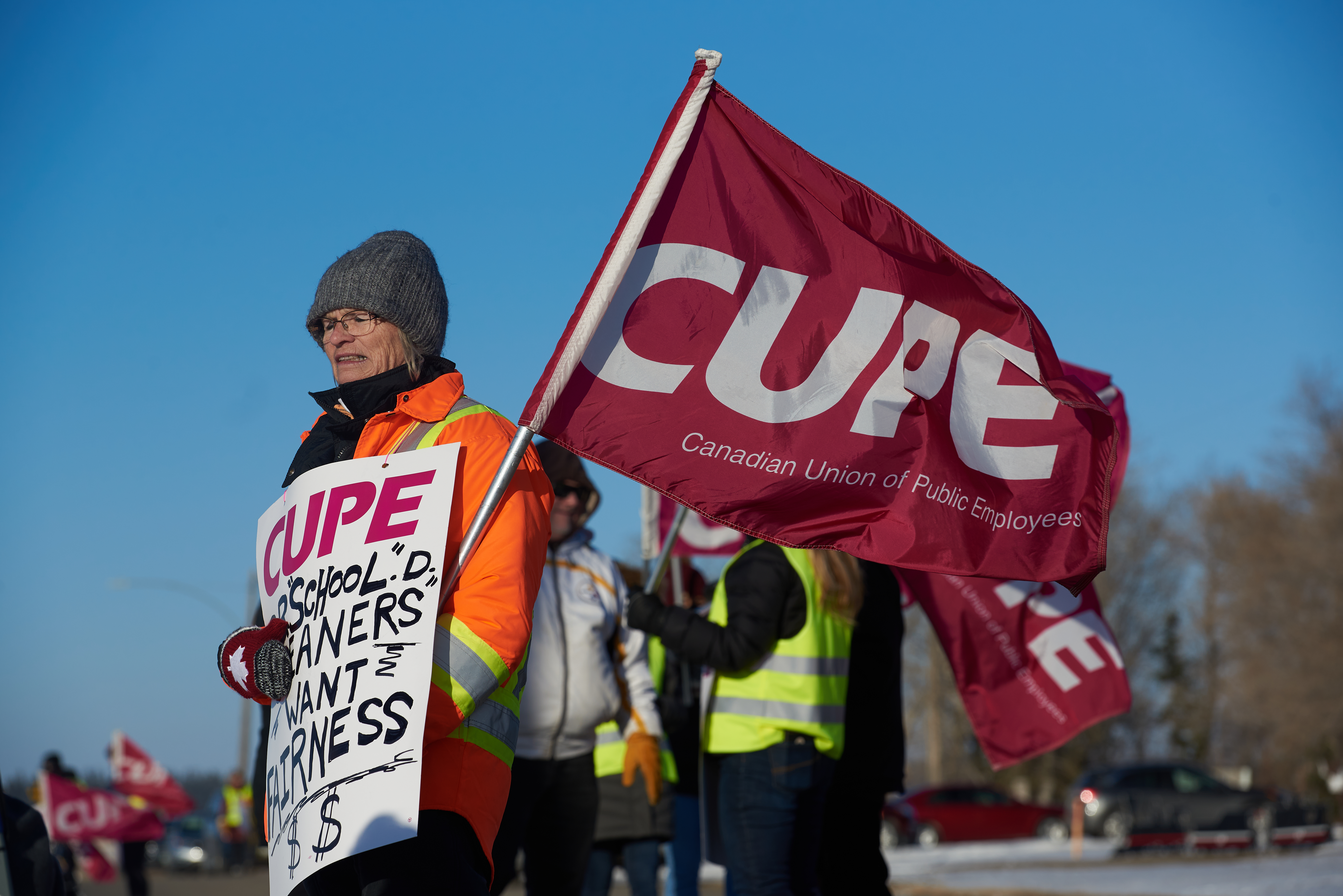 After ninety-two days on the picket line, custodians and cleaners at the Rolling River School Division are heading back to work.

“These workers have been on the frontline keeping schools safe and clean but were pushed to the picket lines for three months in the coldest weather,” said Gina McKay, President of CUPE Manitoba. “These workers stood for fairness and didn’t back down despite all odds. We are very proud of them.”

On January 4, 2022, CUPE Local 1630 applied to the Manitoba Labour Board and asked them to help settle the dispute either by the Board or through a neutral arbitrator.

On January 31, 2022, the Labour Board issued an order to terminate the strike, reinstate the workers, and settle the provisions of a collective agreement.  The parties can either appoint an arbitrator or the Board will review the Union and employer’s proposals and aid in settling a new collective agreement within the next 90 days.

“We remain dumbfounded as to why this particular school division has refused to offer its custodians and cleaners the same as other school support staff across the province,” said McKay. “These workers deserve nothing less.”

The Rolling River School Division employed replacement workers throughout the strike, leading to substandard cleaning in schools across the region. Students at numerous schools joined the picket lines, calling on the school division to settle a fair agreement.

“Our members are happy to be getting back to the jobs they love, and the students they care for,” said McKay.