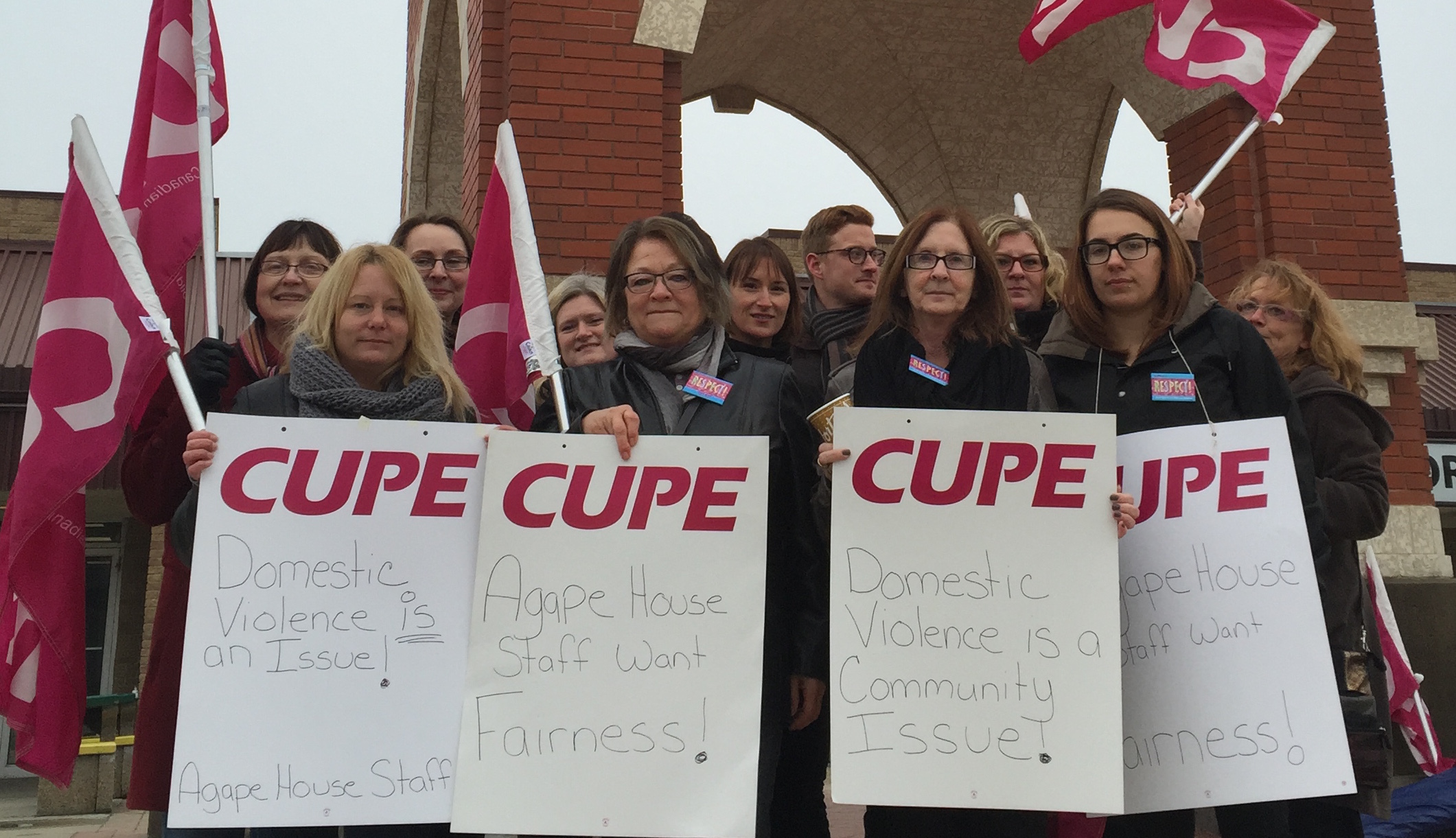 Steinbach, Manitoba – On November 9, 2015, members of CUPE Local 2348 at Agape House women’s shelter in Steinbach, Manitoba voted 100% in favour of strike action in order to place pressure on their employer to secure fair wages and new language in their collective agreement that would ensure policy to support employees who are victims of domestic violence.

On November 16th, the Province of Manitoba announced that paid leave would be extended to victims of domestic violence, recognizing that people in these situations need the time and space to seek help.

While this announcement is excellent news for victims of domestic violence province-wide, enshrining supportive language in workplace contracts should be every employer’s next step.

“In addition to staff at Agape House tabling proposals at the bargaining table over such provisions, it is important to stress that people from all walks of life are subject to domestic violence,” said Kelly Moist President of CUPE Manitoba, “nobody experiencing violence should have to choose between going work or seeking shelter and help.”

Members of CUPE Local 2348 at Agape House held an info picket outside Steinbach City Hall, on Wednesday, November 18th to raise awareness on domestic violence in the workplace as well as fair treatment for women’s shelter staff.

“Workers at Agape House are on the front line in protecting and supporting victims of domestic violence,” said Moist, “these workers deserve to be supported as well.”

CUPE Manitoba echoes calls for increased funding to women’s shelters province-wide in order to help provide staff with fair wages and supports to enable them to perform their important work. Currently staff at Agape House in Steinbach can make significantly less than those performing similar work in shelters in Winnipeg.