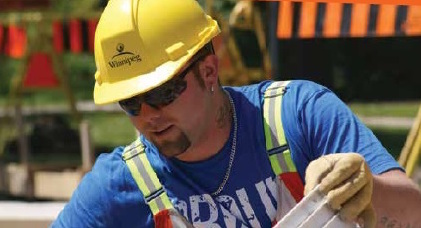 The unions that represent Winnipeg’s municipal workers and the city’s administrative, supervisory, and professional staff, are calling for Mayor Bowman to end the Katz-era practice of not filling vacant positions.

“The city has been slowly eroding Winnipeg’s municipal workforce,” said Gord Delbridge, President of the Canadian Union of Public Employees (CUPE), Local 500. “We need to ensure we have enough workers to provide the services Winnipeggers rely on, and that support is just not there.”

The effect of the city’s fourteen year property tax freeze, coupled with the equally long vacancy management program, puts a chokehold on the city’s ability to run services effectively.

“This budget highlights $20.9 million in vacancy management,” said Michael Robinson, President of the Winnipeg Association of Public Service Officers, (WAPSO). “Leaving a void this large in the municipal workforce is only going to reduce our ability to respond to the needs of Winnipeggers.”

Winnipeg’s municipal unions have been open to meeting with City officials to discuss initiatives that would improve services and find meaningful ways to save money at the same time.

“We know that Winnipeggers are tired of dealing with contracted-out municipal services,” said Delbridge. “I think it’s time to start talking about bringing these services back in-house to improve accountability to the taxpayer as well as a reliable service.”

“For every position left vacant, whether front-line, administrative, or in a support role, you are reducing access to the public” said Robinson.  “Savings found in vacancy management are not actually savings.”

WAPSO and CUPE Local 500 would like to see leadership from the city on the following:

“When the city’s professional staff, supervisors and workers join together, you know the issue is important,” said Dave Sauer, President of the Winnipeg Labour Council.  “Winnipeg’s municipal workers are under a lot of pressure to do more with less, and Council needs to show them support.”