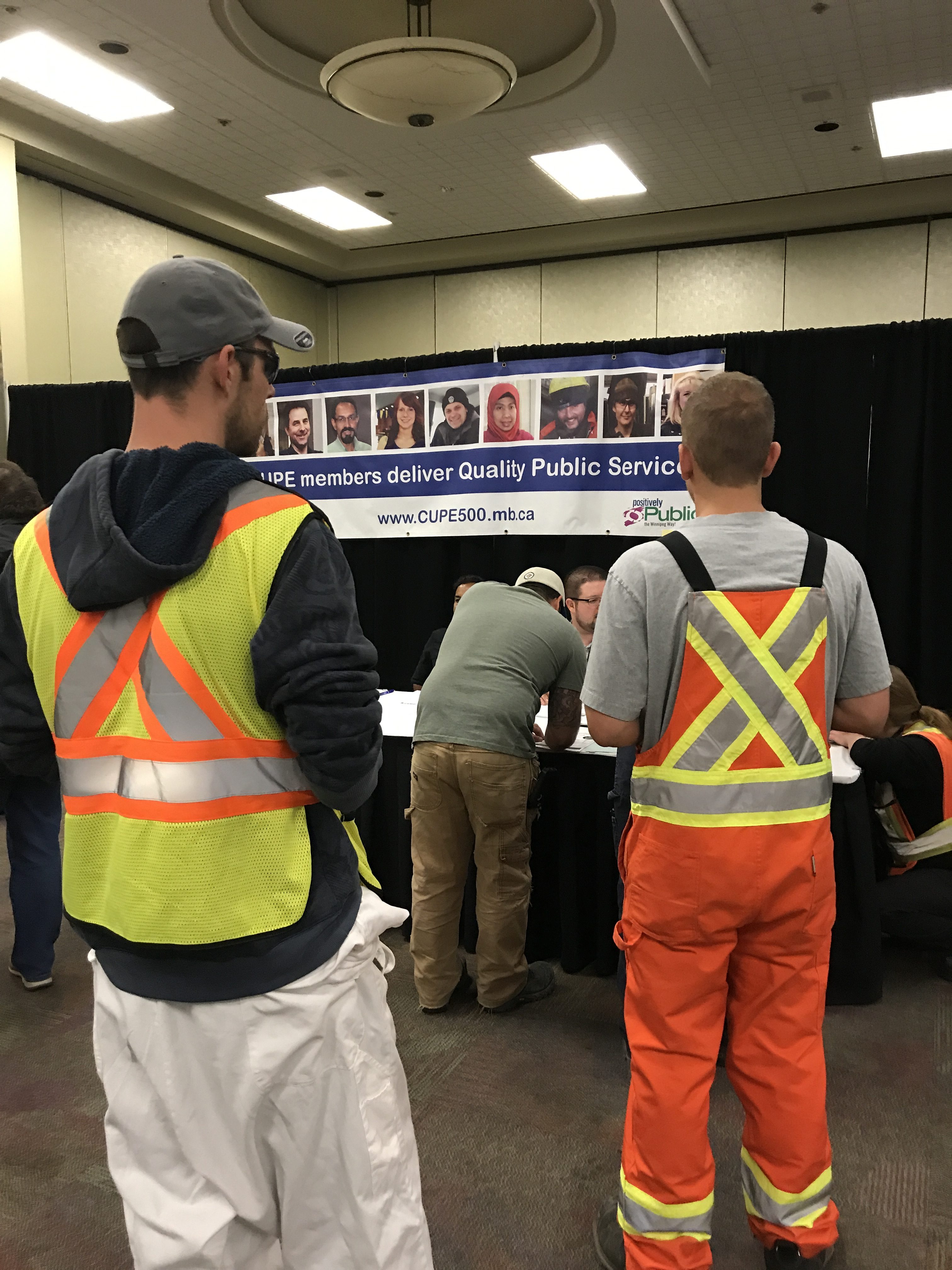 Winnipeg – CUPE Local 500 members from across City of Winnipeg departments voted 85% in favour of a strike mandate at a meeting held on June 7, 2017.  Nearly 80% of eligible voters cast their ballots in an overwhelming show of support for the bargaining committee.

“We are committed to bringing this message back to the City’s bargaining team with the hopes that they will be able to table a more acceptable package.”

CUPE Local 500 members work tirelessly every single day to provide services to the citizens of Winnipeg.

“We are proud of the work we do,” said Delbridge. “We believe the citizens of Winnipeg support fairness for their municipal workforce.”

The strike mandate does not necessarily mean a strike is inevitable.

CUPE 500 hopes to return to the negotiating table with the City to discuss concerns with the City’s latest package, and to offer suggestions on what will move closer to a fair deal for everyone.

New bargaining dates will be set up in the coming days.