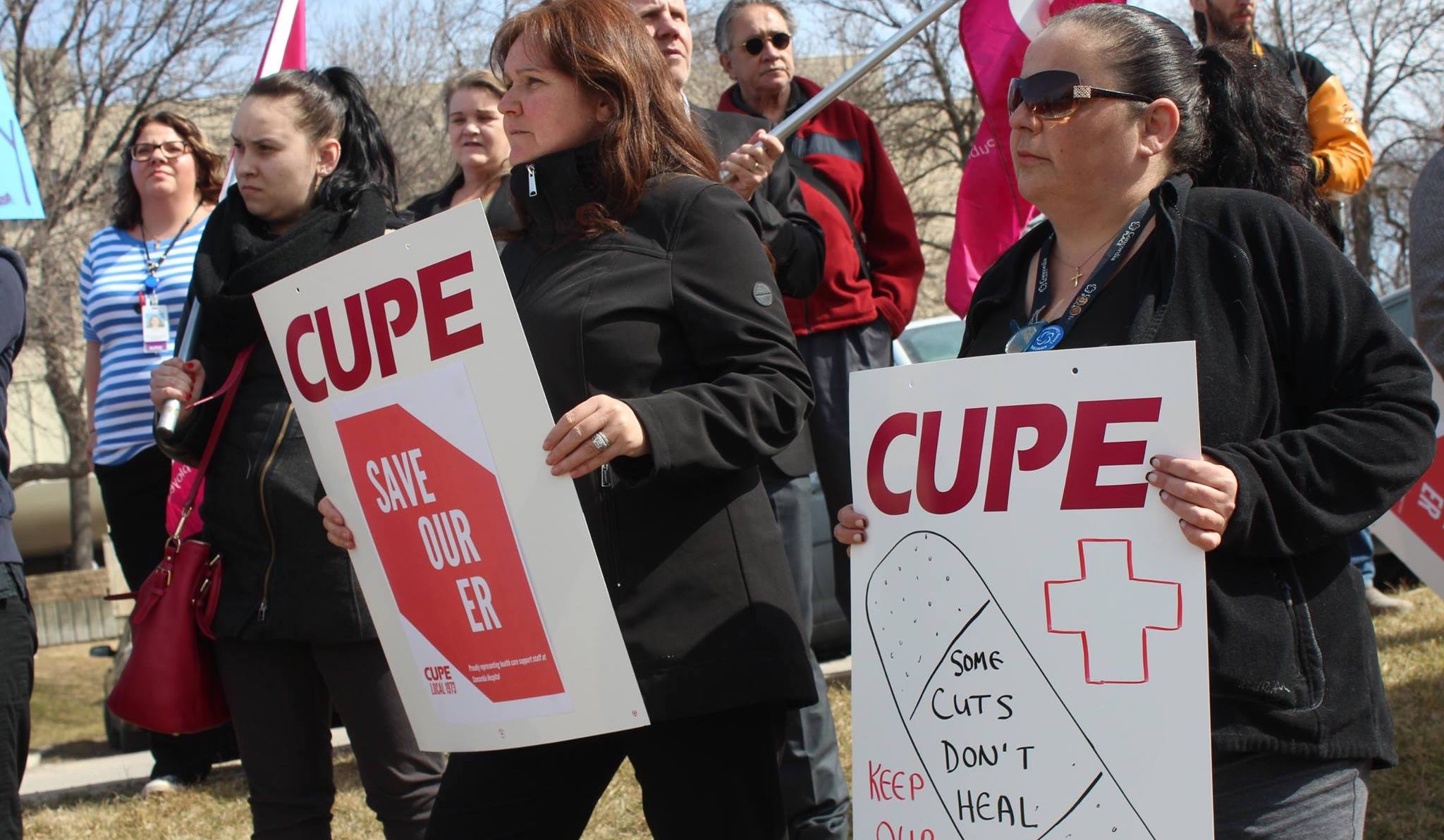 Today the Pallister government suggested that they may introduce a health care premium to Manitoba, imposing a new fee that would be allocated to the health care system.

“Pallister is creating a false choice when it comes to health care,” said Debbie Boissonneault, President of the CUPE Provincial Health Care Council.

“Rather than the false choice between a new fee or cuts, the government needs to do a better job at making sure higher income earners and corporations are paying their fair share into the tax base that supports our health care system.”

The Pallister government has been reeling under growing public criticism of its cuts to health care across the province. Manitobans expect a government to prioritize investments in health care, especially with an aging population.