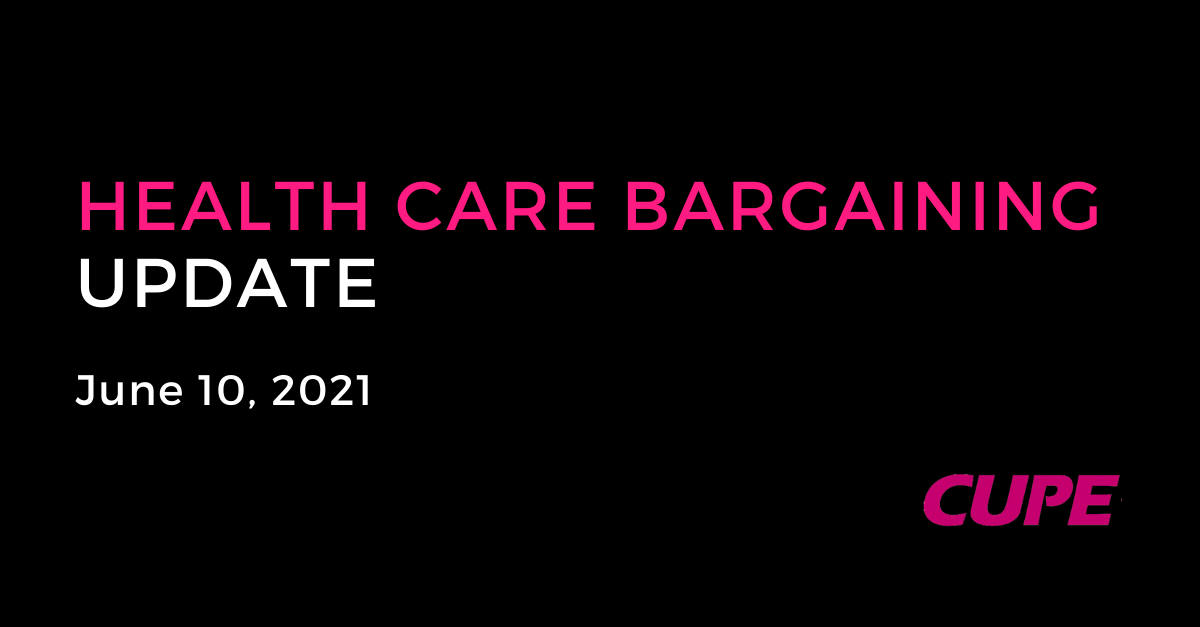 A strike committee has met and are preparing for the potential of a province-wide strike.  We are not calling for a strike vote yet but the planning required for 18,000 members to go on strike is huge and that is why we must start preparing now.

The Manitoba Nurses’ Union (MNU) has taken a strike vote.  The nurses did not have as many collective agreements or classifications to merge into one collective agreement as CUPE, therefore they are further along in the process.  They also started bargaining four months before we did.

CUPE has over 123 collective agreements all with very different contract language.  CUPE wants to protect as much language as possible from all the collective agreements, so this requires a longer process at the bargaining table.  CUPE members have told us that protecting this language is important.

MNU has also stated they will be doing different types of strike/job action rather than stopping working.  Unions will not be able to stop providing essential care in a strike especially with the COVID crisis.

CUPE supports MNU and will stand in solidarity with them throughout any strike or job action.

What is binding arbitration?

How does Essential Services affect a strike?

Before any health care union can go on strike an Essential Services Agreement (ESA) must be negotiated.  This is law.

CUPE is negotiating updated ESAs with the Employers.  The Bargaining Council may be calling on members for information regarding staffing levels and required duties for each classification at your site.   The Essential Services Act(Health Care) of Manitoba requires the unions to provide essential care so as not to affect the “life and limb” of clients/patients/residents.

We thank all CUPE members for their feedback and concerns.  We are doing everything we can to protect and improve your collective agreement and fight for fair wage increases.