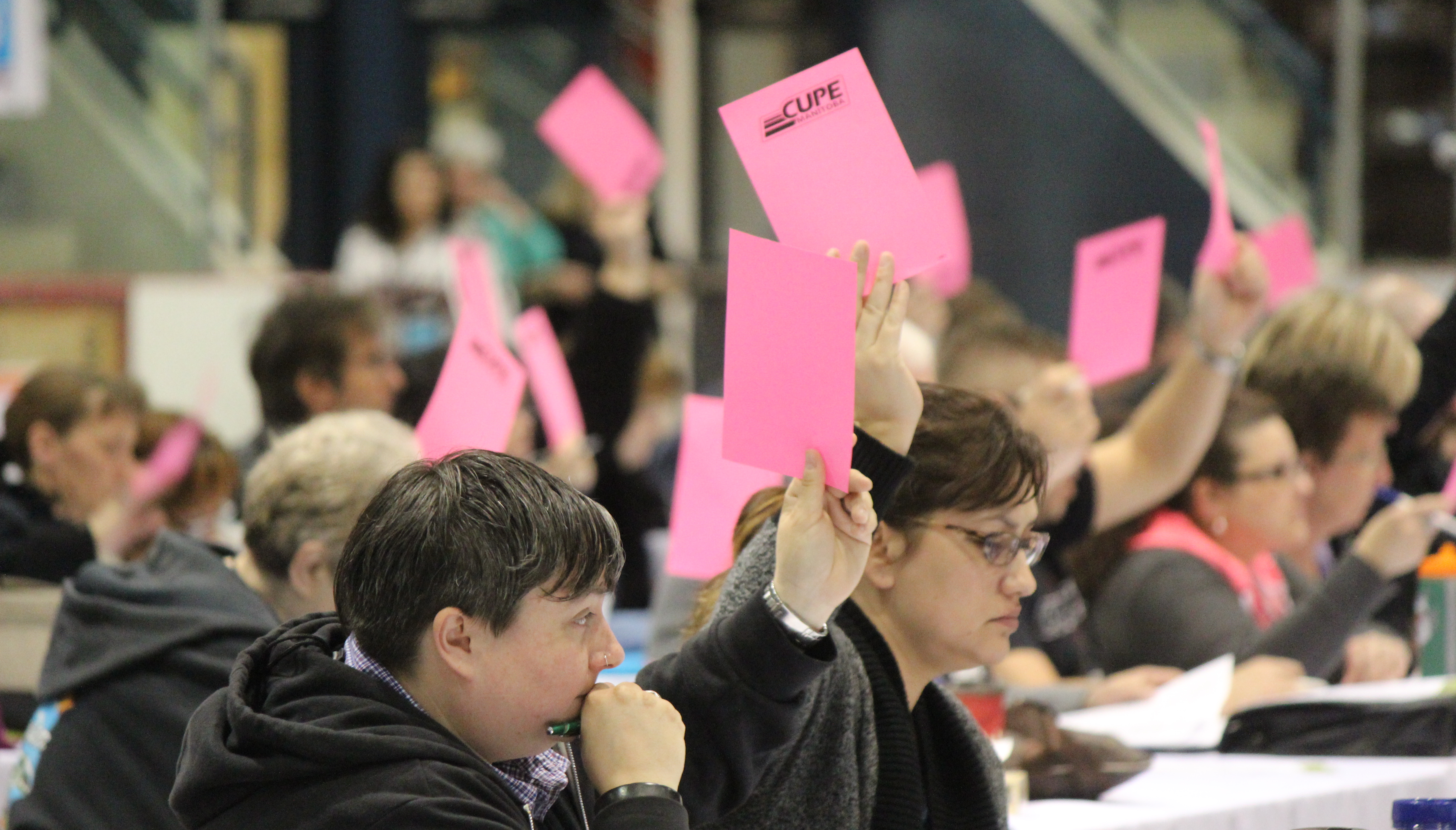 Dauphin – Over one hundred union activists from across Manitoba are gathering at Credit Union Place in Dauphin for the annual convention of the Canadian Union of Public Employees Manitoba.

“We are proud to host our annual convention here in Dauphin” says Kelly Moist, President of CUPE Manitoba “Dauphin has a rich history of progressive movements, from the groundbreaking guaranteed wage project to our union activists today”.

Speakers at this year’s convention include: