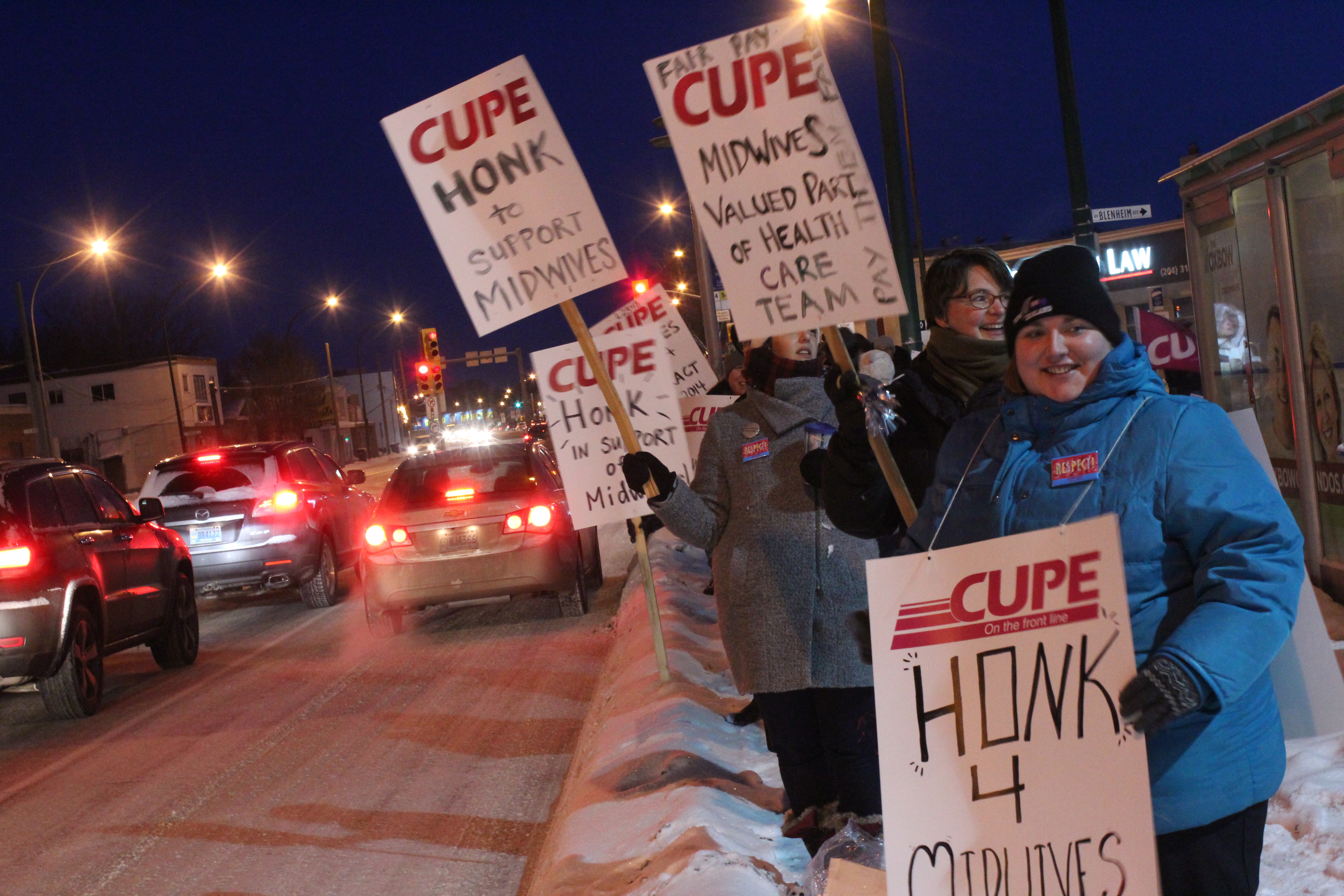 Winnipeg – Midwives, represented by CUPE Local 2348, have voted in favour of a new collective agreement that helps to support midwifery services in Winnipeg.

“After a difficult round of bargaining, we are pleased that we have reached an agreement that all parties deem fair,” said Sheree Capar, CUPE National Representative. “It is our hope that this new agreement will help to recruit and retain midwives in Manitoba.”

Following a strong strike mandate from Midwives on March 11, 2016, a meeting took place with a provincial conciliation officer on March 17, 2016, and an acceptable package was presented. Members of CUPE Local 2348 (Midwives) held a vote March 18-21 2016, to accept the new collective agreement, thereby averting any strike action.

“The provincial government and Winnipeg Regional Health Authority have acknowledged the value of midwifery services in Manitoba, and we will work with them to promote this important health care profession” said Capar. “There continues to be a growing demand from Manitoba families for midwifery, and we are encouraged that the province is working to address this demand”.

The provincial government recently announced $800,000 in new funding towards midwifery training programs in Manitoba, which will help train new midwives to meet the needs of Manitoba families.

“Midwives want to convey the message that midwifery services are available to all Manitobans, regardless of family background or income,” said Capar. “With this new contract, our midwives can get back to helping expectant families with prenatal and postnatal supports, as well as safe deliveries!”

The new contract for midwives will move the profession closer in line with other jurisdictions, making it easier for the WRHA to retain both existing and newly trained midwives in Winnipeg. CUPE Local 2348 worked alongside the Midwives Association of Manitoba (MAM) as well as countless supporters, including families who have used midwifery services, to highlight the value of midwifery in the province and to work towards equitable compensation.