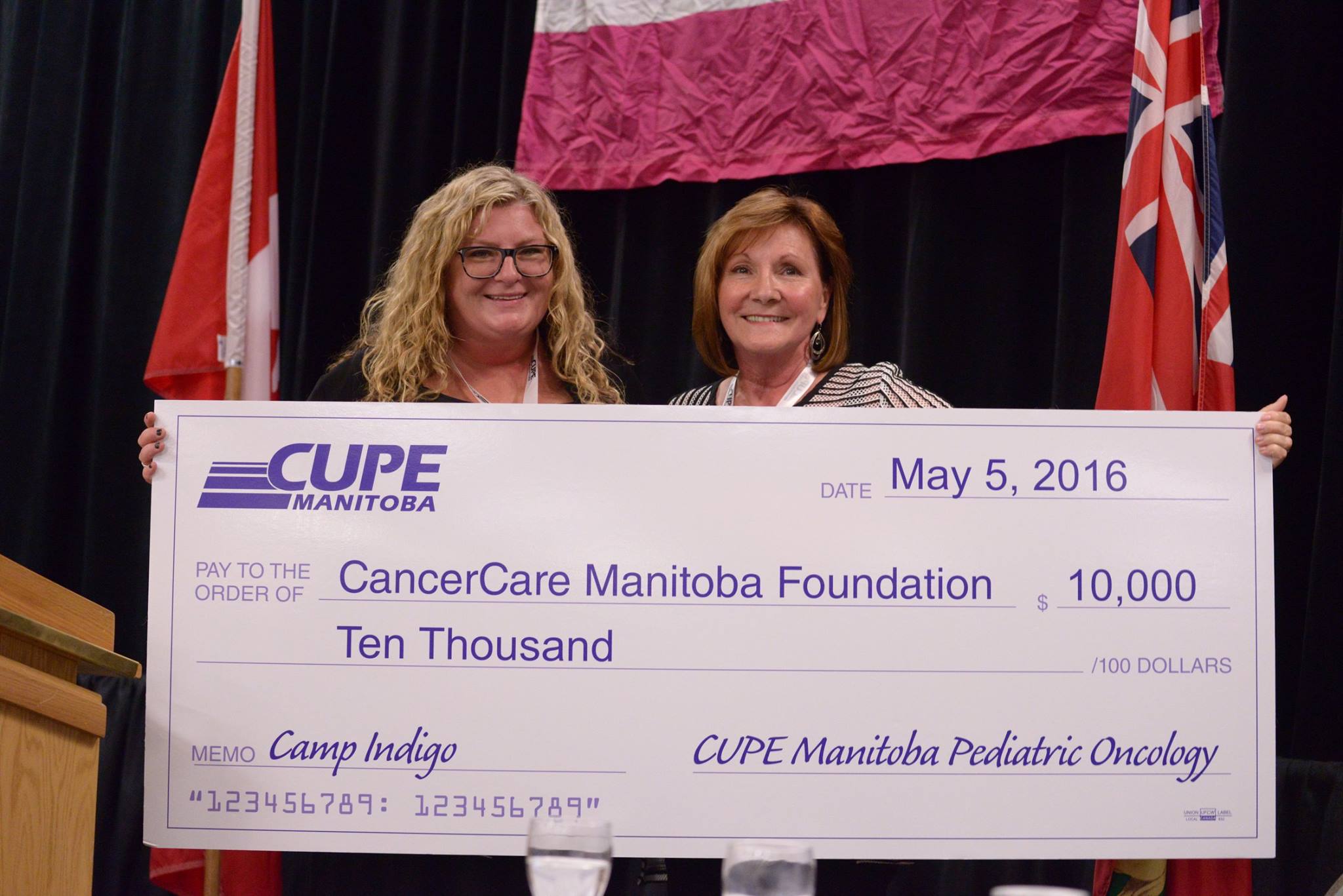 CUPE Manitoba presented a $10,000 cheque to CancerCare Manitoba during the CUPE Manitoba Convention on Thursday, May 5th, in support of Camp Indigo, a camp specifically designed to provide medical support and assistance to children with cancer to make their summer camp dreams a possibility. Today’s donation is the most recent contribution the union’s members are making to pediatric oncology as part of ongoing fundraising initiative for Manitoban children who have cancer.

To date, CUPE Manitoba has donated over $130,000 to CancerCare Manitoba through fundraising and donations.

“CUPE Manitoba is proud to be a strong supporter of Camp Indigo,” said Kelly Moist, President of CUPE Manitoba. “CUPE members are dedicated to the community, and our involvement reaches beyond the labour movement and into the lives of children and their families in need”.