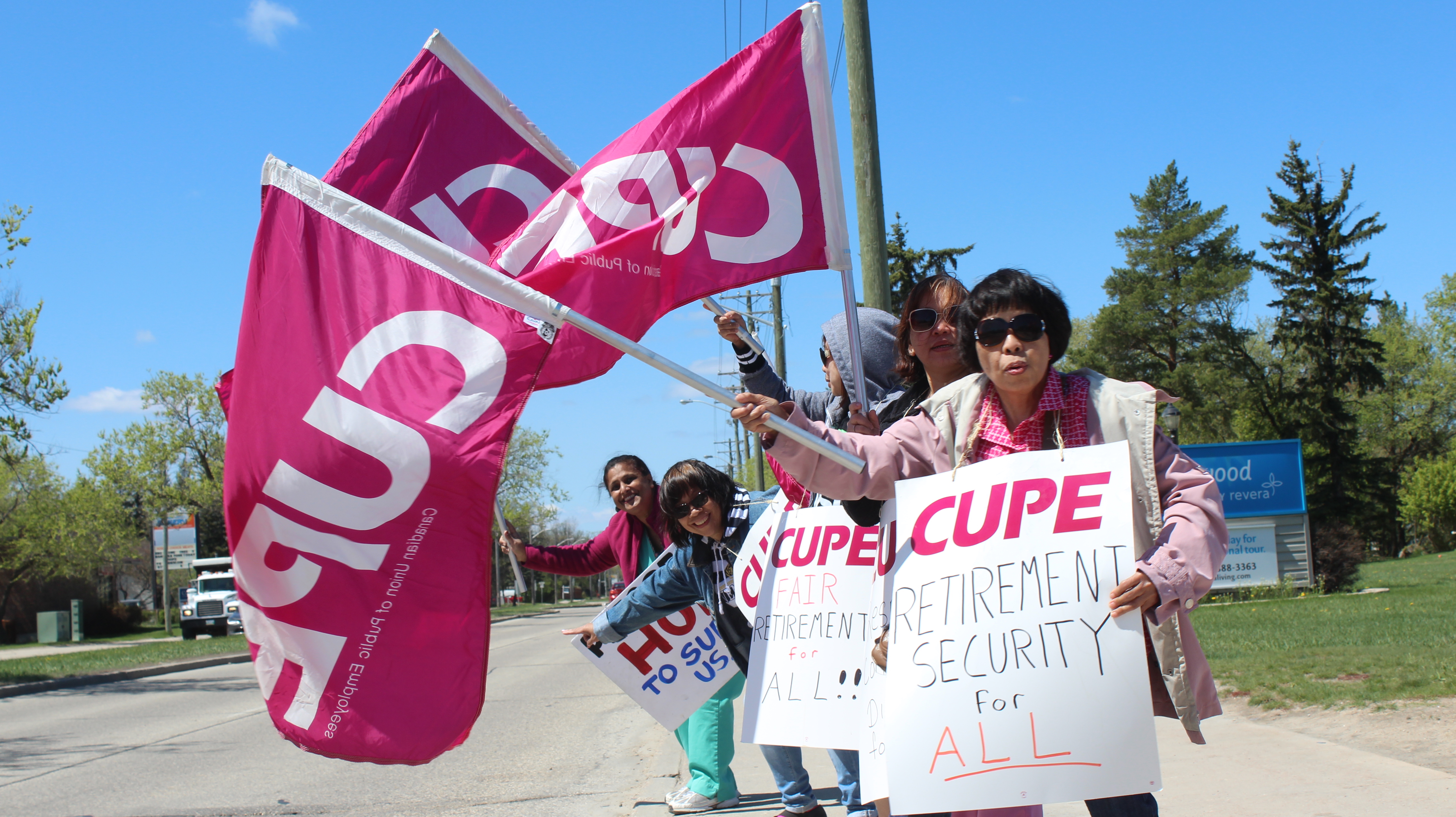 Members of CUPE Local 4281 rejected their employer’s final offer in a vote held in March 2016, and have been meeting with a provincial Conciliation Officer since in an effort to work towards securing a pension plan.

“The public understands that we need to support personal care home workers” states CUPE National Representative, Robyn Powell, “they are underpaid, overworked, and after decades of caring for the elderly, they too deserve dignity, security and respect in their golden years”.

Meetings with a Conciliation Officer are scheduled for May 20th, to attempt to reach a fair deal, but public support is very important to staff.

Charleswood Care Centre is owned and operated by Revera Inc., which is a wholly owned subsidiary of the federal Public Sector Pension Investment Board. Many Revera facilities across Ontario are members of the Nursing Home and Related Industries Pension Plan (NHRIPP), while facilities such as Charelswood Care Centre here in Manitoba, are members of a group RRSP plan. CUPE is proposing that current employer and employee RRSP contributions instead be directed to the NHRIPP.

“We want to see staff at Charleswood rolled into the same plan that many Revera employees in Ontario belong to,” says Powell. “The pension plan structure already exists, but for some reason Revera is opposed to its employees in Manitoba being members of a pension plan, and that needs to change”.

Information pickets will take place outside Charleswood Care Centre at 5501 Roblyn Blvd. on Monday, May 16th throughout the day from 7:00 am to 5:00 pm.