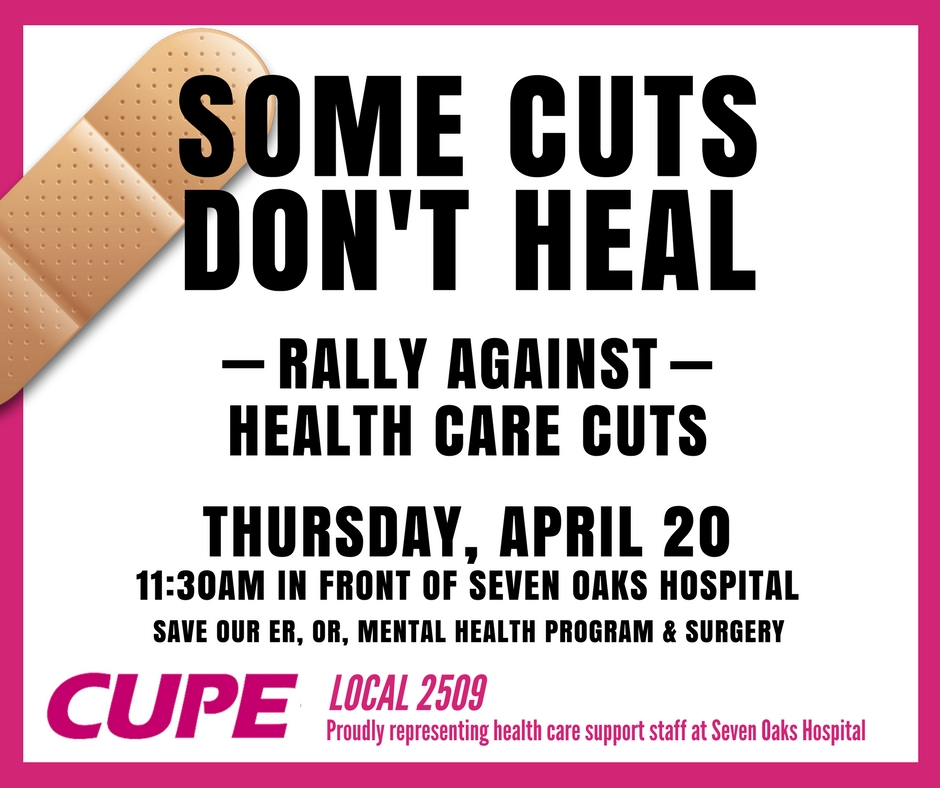 On Friday, April 7 the WRHA announced sweeping changes to Winnipeg’s health care system, including the closure of three Emergency Rooms and relocation of numerous other departments at Seven Oaks and other hospitals across the city.

“It’s not just about jobs, its about the programs that serve the community,” concludes McAteer.

“Removing Emergency Rooms, mental health programs, and other services from the entire North and North East part of the city is simply irresponsible.”

A rally was held at Concordia Hospital last week, and the Manitoba Nurses Union is holding another rally on April 26, as more and more health care workers are standing up to voice their concerns over the massive changes.