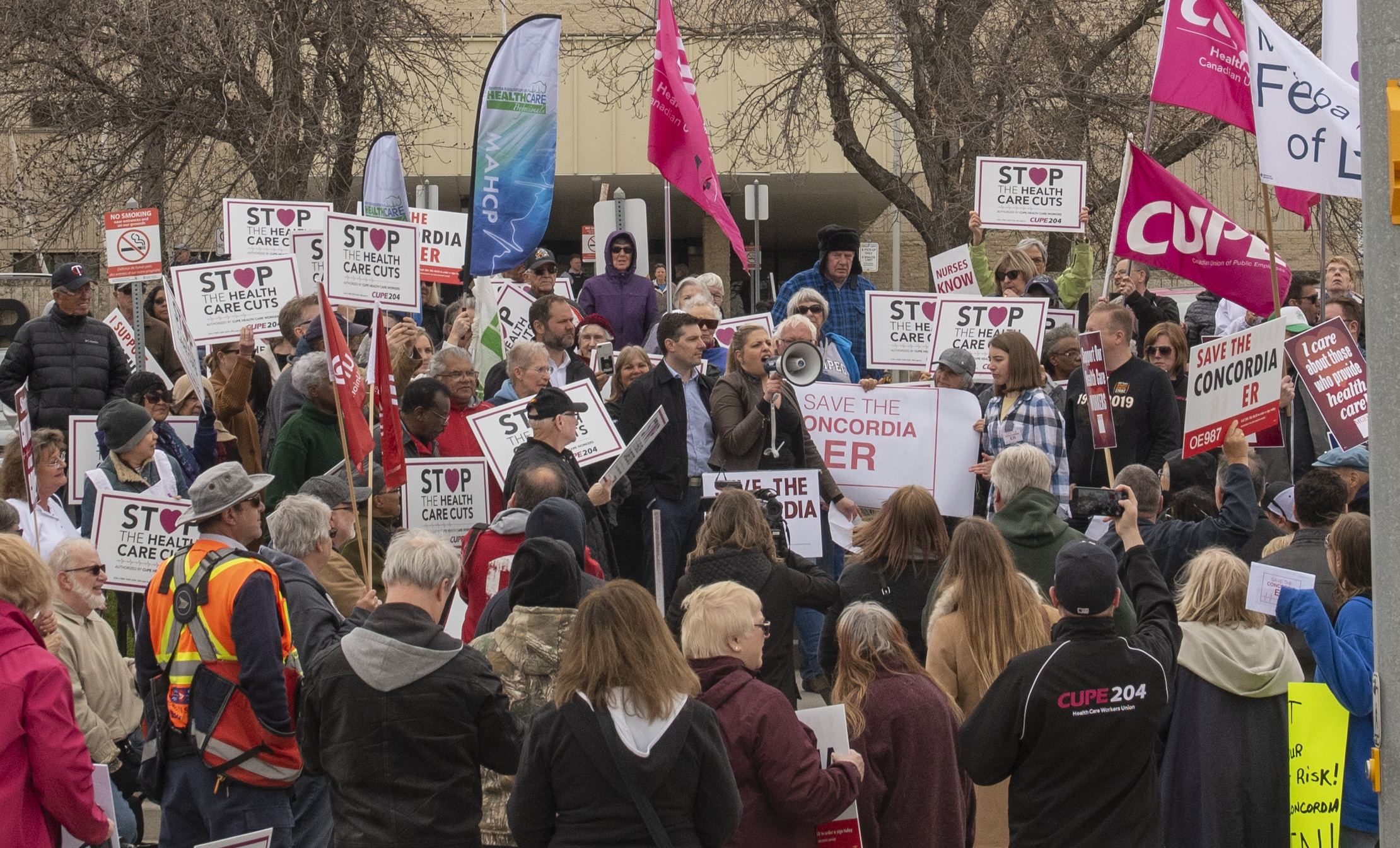 It’s time to end the chaos in health care says CUPE Local 204 President Debbie Boissonneault, in response to the government’s announcement that the Concordia Hospital Emergency Room will be converted to an Urgent Care Centre within the next five weeks. CUPE Local 204 represents 7,000 health care workers across Winnipeg.

“This government is playing political games with our health care system, and health care workers are at a tipping point,” said Boissonneault. “Staff have been doing everything possible to care for patients during the rushed and disruptive implementation of the government’s plans, but worker fatigue and morale have become a real concern”.

Since the Pallister government announced its restructuring plans, including the closure of Emergency Rooms at the Concordia Hospital, Seven Oaks Hospital and the Victoria Hospital in 2017, the WRHA has been implementing system-wide staff restructuring to accommodate the changes.

Added Boissonneault: “CUPE is calling on the government to fully reverse its decision to close the Concordia and Seven Oaks Emergency Rooms. It’s time to end the chaos in health care.”