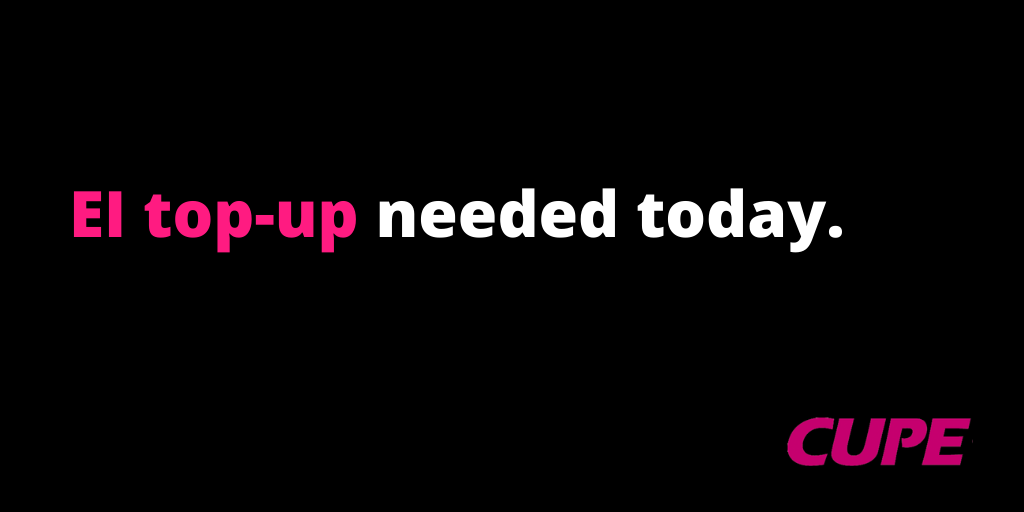 CUPE Manitoba, the province’s largest union, is calling on the provincial government to ask employers to keep workers on the payroll over the course of the COVID-19 pandemic and, where that is not possible, to assist employers with an Employment Insurance top up.

“We need emergency legislation that supports working Manitobans,” said Abe Araya, President of CUPE Manitoba. “We live in a world of widespread layoffs, the province needs to do something to help people.”

A Supplementary Unemployment Benefit Plan (SUBP) is a measure that can be established by an employer to top up employees’ EI benefits during a period of unemployment due to a temporary layoff. With this fund, workers eligible for EI can expect benefits approaching 100% of their income.

“While we acknowledge that access to EI has been improved by the federal government, laid off workers can still only receive 55% of their income,” said Araya. “That’s just not enough. The province needs to create a Supplementary Emergency EI top-up fund to assist employers in enhancing EI payments.”

CUPE believes that having workers across Manitoba surviving on only 55% of their regular income is going to cripple the economy today and in the future. Providing Supplementary Unemployment Benefits to Manitoba workers will prevent workers from being at risk of bankruptcy, will help renters pay the bills, and will keep families from depleting savings and investments.

“Manitoba families are waiting for this government to do something to protect the economy and their pocketbooks,” said Araya, about the plan. “Every day of delay puts families at risk of bankruptcy. The time to act is today.”