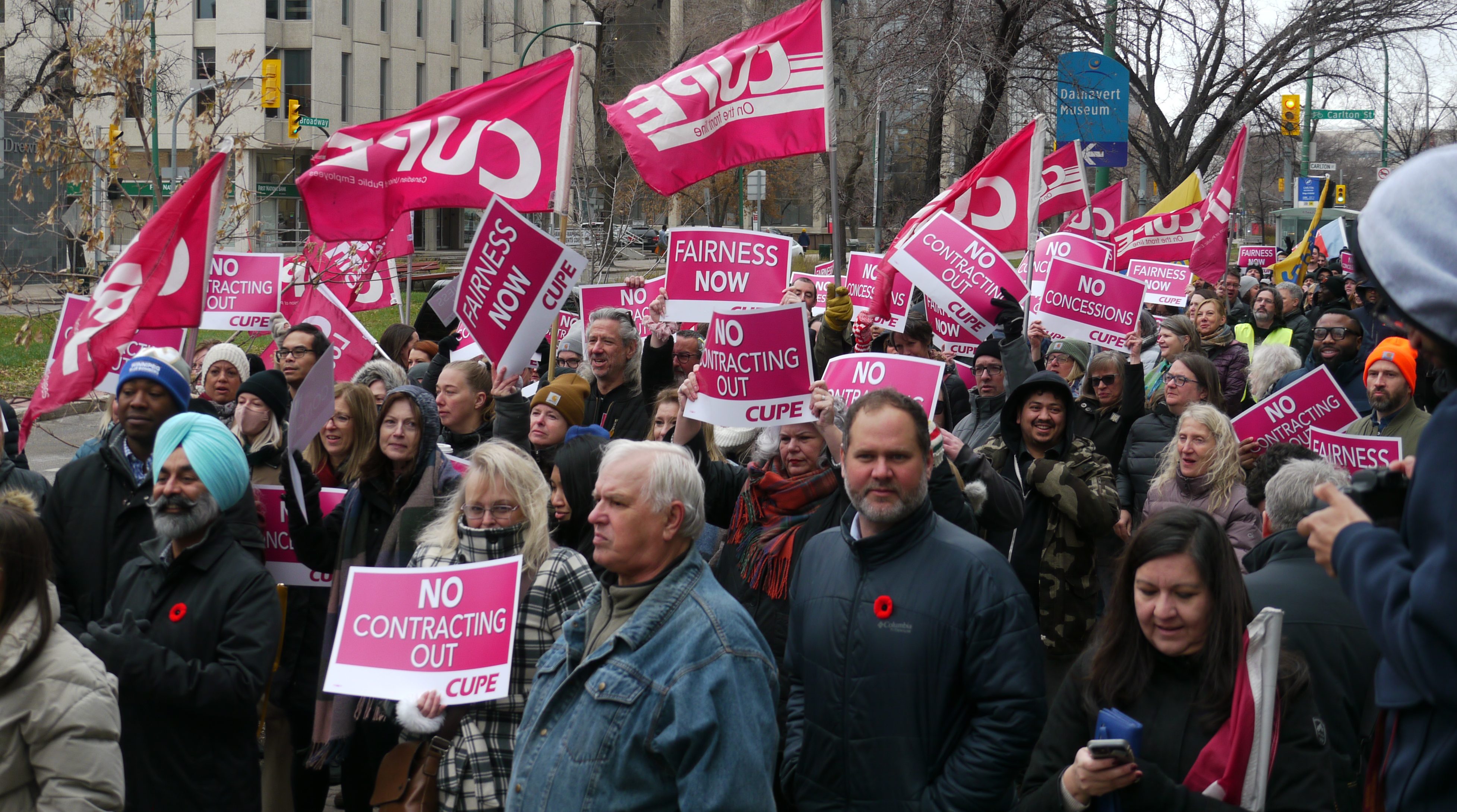 Staff at the Workers Compensation Board of Manitoba (WCB) held an information rally on Tuesday, mobilizing against contracting out and calling for a fair deal in the workplace.

“We want the WCB to know that staff are not willing to see their jobs devalued or contracted out,” explained Rick Rennie, President of CUPE Local 1063.

“The WCB is a highly effective agency serving Manitobans, and staff are the reason for that success. We want our employer to recognize this value and offer a fair deal for staff.”

CUPE 1063 members voted overwhelmingly for a strike mandate in September, and while negotiations are ongoing, the bargaining team is already mobilizing members.

“We want the employer to know that we are serious, and that staff at the WCB are united.”

The rally included remarks from Rennie, as well as greetings from Manitoba NDP Leader Wab Kinew, and Manitoba Federation of Labour President Kevin Rebeck who is also a member of CUPE 1063.

“Contracting out should never be on the table,” said Rebeck. “Threatening peoples’ jobs and leveraging that against fair compensation is unacceptable. I stand with CUPE 1063 in their fight for fairness in the workplace. These workers deserve a fair deal.”

CUPE Manitoba President Gina McKay stated that CUPE will not accept the privatization of vital public services like the WCB.

CUPE 1063 continues to negotiate and plan to launch more events to mobilize members.