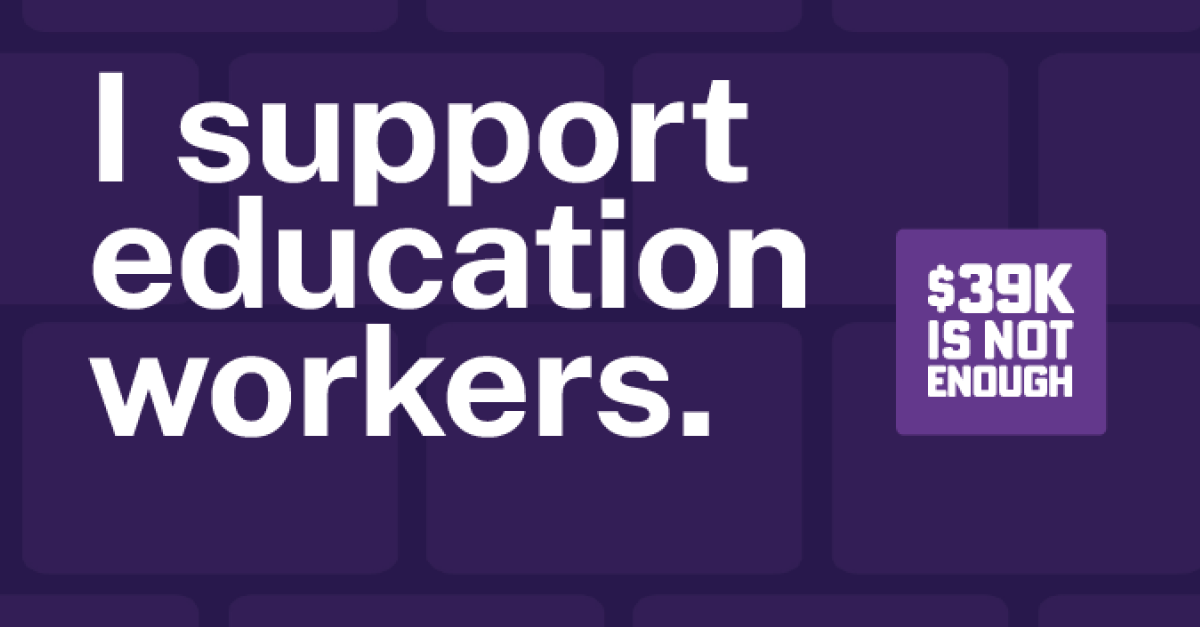 CUPE Manitoba is sending the support of its 37,000 members to education workers in Ontario, who are returning to the bargaining table after the Conservative government stripped away their right to free collective bargaining, forcing them to walk off the job and hold political protests.

In a vote held last month, the 55,000 Ontario education workers voted 96.5% in favour of a strike mandate, and served strike notice. In response, the Conservative government of Doug Ford passed legislation to prevent a strike, making job action illegal and imposing a contract on workers. CUPE members in Ontario rejected this legislation, withdrew their services, and after two days of protests forced the government to withdraw its legislation.

“Through its use of the Notwithstanding Clause, the Conservative government of Ontario attempted to destroy the legal right of workers to strike and collectively bargain,” said Gina McKay, President of CUPE Manitoba.

“This was a historic attack on the democratic rights of Canadian citizens and must be opposed by Premiers from coast to coast to coast so it is never used again”.

The Ford government’s legislation invoked the Notwithstanding Clause of the Charter of Rights and Freedoms, a seldom-used provision designed for situations of competing rights or national emergencies, to pre-emptively deny workers their fundamental rights.

“This was a radical attempt at union-busting that strikes at the core of our democracy, and CUPE members said enough is enough, and won” said McKay.

“CUPE Manitoba condemns the actions of the Ford Conservatives and we call on Manitoba Premier Heather Stefanson to commit that she will never interfere with collective bargaining”.

CUPE Manitoba will continue to provide support to CUPE Ontario members as they return to the negotiating table.