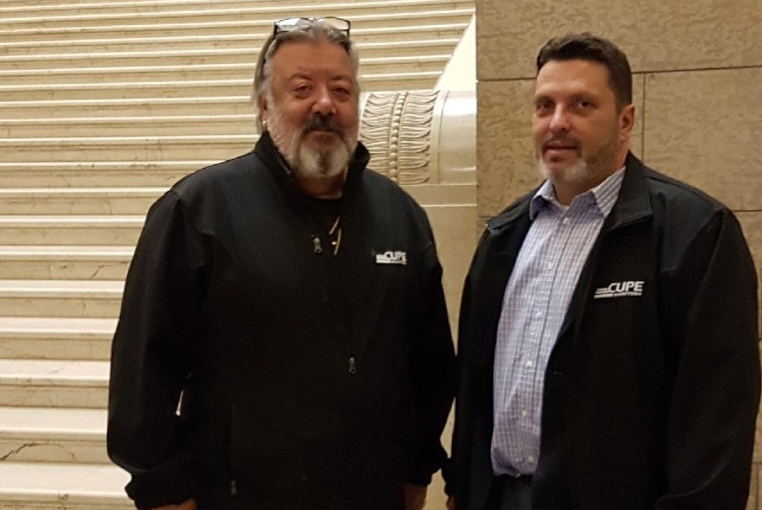 “When this government was elected, one of it’s key messages to the public was that it was going to improve transparency,” CUPE Manitoba President Terry Egan told the committee.

“Eliminating the P3 Transparency and Accountability Act is moving in the complete opposite direction”.

“I worked on the front-line in a Winnipeg school, its where I spent my entire career,” said Egan. “So this announcement came as a total shock to me. I wondered who on Broadway could come up with this backwards idea, and why”, referencing the Pallister government’s plans to build new schools in Manitoba under a P3 model while at the same time eliminating the P3 Transparency and Accountability Act.

CUPE 500 President Gord Delbridge provided the committee with numerous examples from across Canada where P3s have failed, and emphasized the importance of strong P3 accountability legislation.

“Rather than throwing out this legislation, we ask this government to instead turn its mind to improving The Public-Private Partnerships Transparency and Accountability Act to ensure even more transparency and better oversight of P3’s from the beginning to the end of the end of P3 projects,” said Delbridge.

“While some may call this red tape – most Manitobans would call this common sense”.