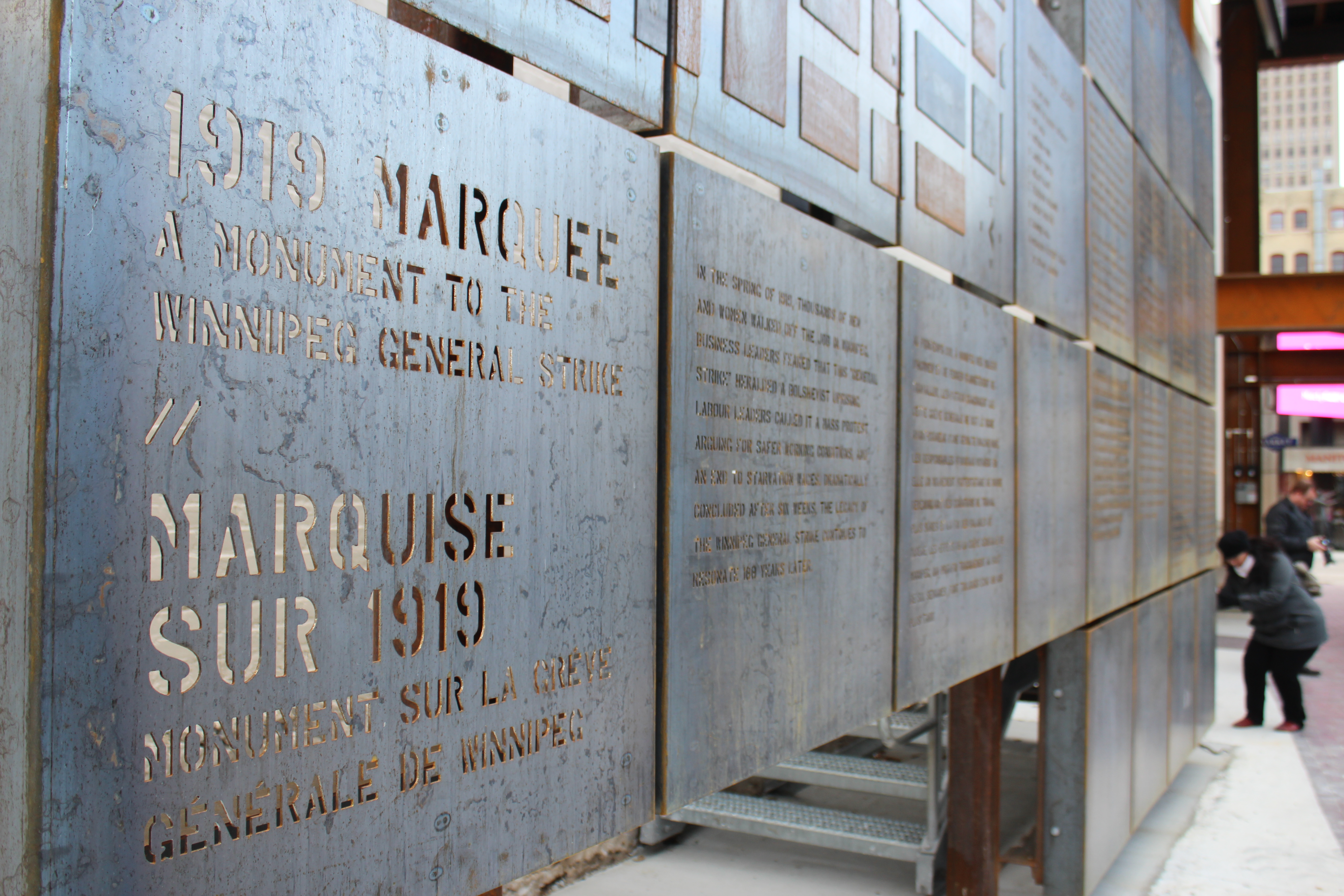 WINNIPEG – Today the City of Winnipeg unveiled a new monument commemorating the 1919 Winnipeg General Strike in the lead up to the 100th anniversary of the strike, where over 25,000 workers walked off the job in support of fair wages, and better working conditions.

“Remembering and honouring the struggles of the 1919 Winnipeg General Strike is important to us as trade unionists and to the community as a whole” said Terry Egan, President of CUPE Manitoba. “It is because of the sacrifices made by striking workers in 1919 that we are able to continue to organize as a movement and fight for our members”.

At 11:00 am on May 15, 1919, workers left their jobs and marched into the streets of Winnipeg, leading to one of the biggest labour actions Canada has ever seen. Strikers included both the private and public sectors, and ranged from garment workers to police officers. On June 21, 1919, the Royal North-West Mounted Police and hired union busters rode on horseback and fired into a crowd of thousands of workers, killing two and injuring countless others.

The new monument, designed by Monteyne Architecture is called The 1919 Marquee, and is installed at the corner of Lily Street and Market Avenue in Winnipeg’s Exchange District, an area that the strike took place. The project was led by a committee that included former CUPE National President Paul Moist.

“The greatest monument to the 1919 Winnipeg General Strike is the work we continue to do today as union activists,” said Egan. “The fight for fair wages and benefits, equity, and safe & healthy workplaces didn’t end in 1919, and we must never relent in the struggle ahead of us.”