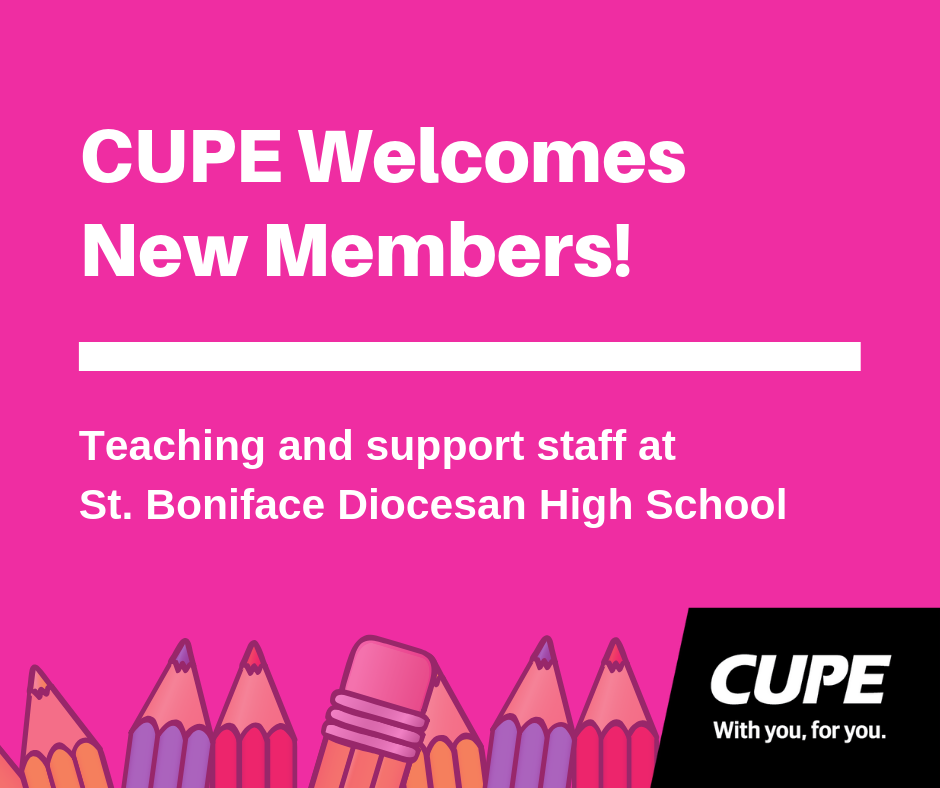 “With 680,000 CUPE members across Canada, and 5,600 K-12 school sector workers in Manitoba, St. Boniface Diocesan High School staff now have access to the strongest representation in the country”.

The next step for the new CUPE members is to elect a local executive and bargaining committee, and begin bargaining their first contract.

“Joining CUPE is a big step towards achieving fairness in the workplace,” said Delbridge. “CUPE prides itself on negotiating the strongest contracts for our members, and we will commit to doing the same for staff at the St. Boniface Diocesan High School”.