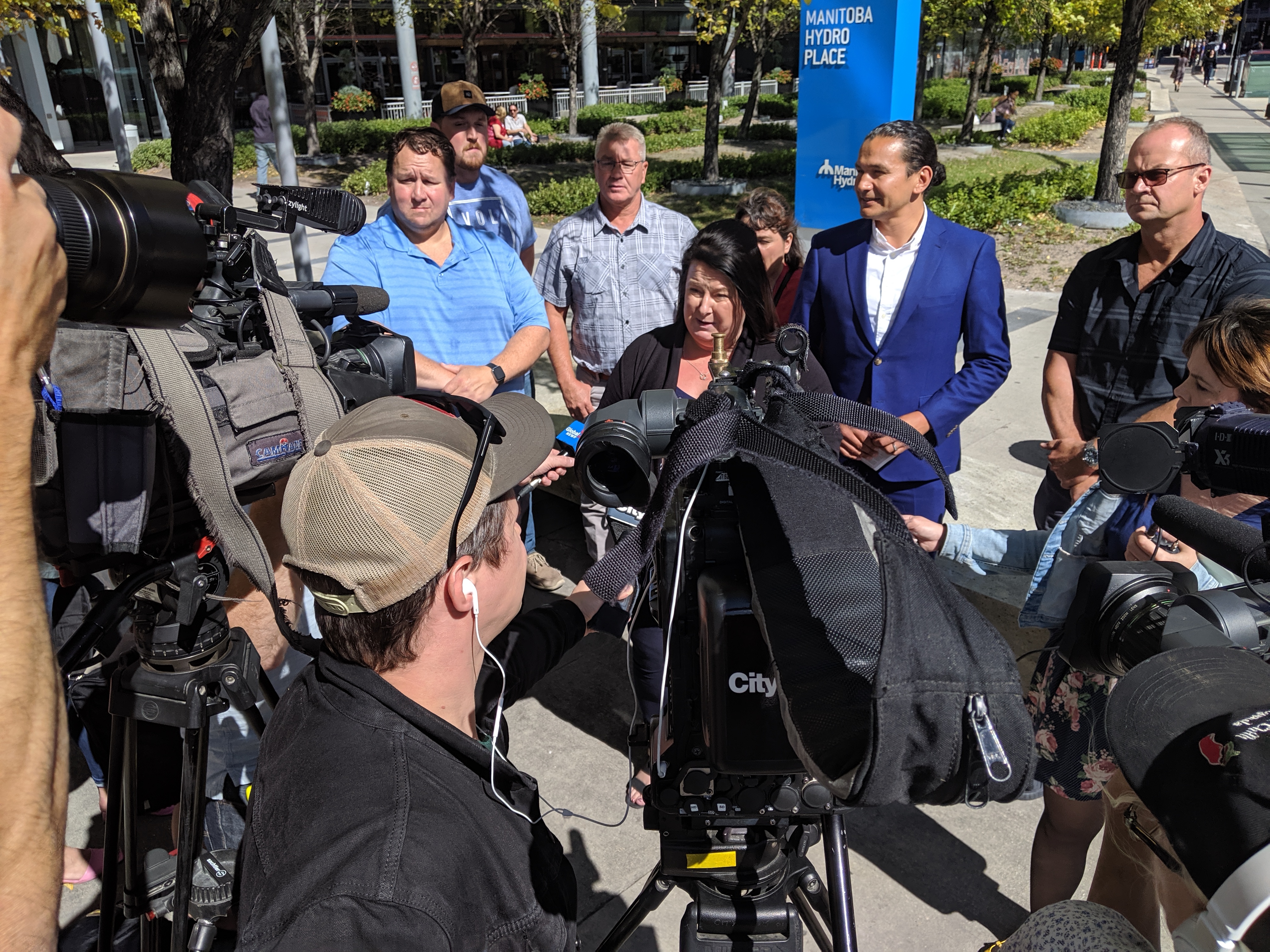 The first phase of the review will be rushed over an eight week period, and includes examining Hydro’s “structure, processes, governance, metrics, and culture”.

“Pallister is hiring yet another private consultant, and this time they are looking at Hydro’s public operating model and governance, which will certainly look at privatization”.

Pallister appointed Jay Grewal as CEO of Manitoba Hydro in February. Grewal has a track record of privatizing parts of B.C. Hydro.

“All the ducks are lining up in a row for Hydro privatization,” says Mike Velie, Assistant Business Manager for IBEW 2034, representing 2,600 Hydro employees. “This surprise review will undoubtedly result in recommendations to break up and privatize parts of Manitoba Hydro”.

“We need Pallister to answer one simple question: will his government privatize all or parts of Manitoba Hydro?”, said Bergen. “We have not heard him give a clear answer to this critical question”.

Earlier this week a Probe Research survey, sponsored by the Winnipeg Free Press and CTV Winnipeg, showed that Manitobans are strongly opposed to Hydro Privatization.

“The public has the right to know Pallister’s plan for Hydro,” concludes Velie.