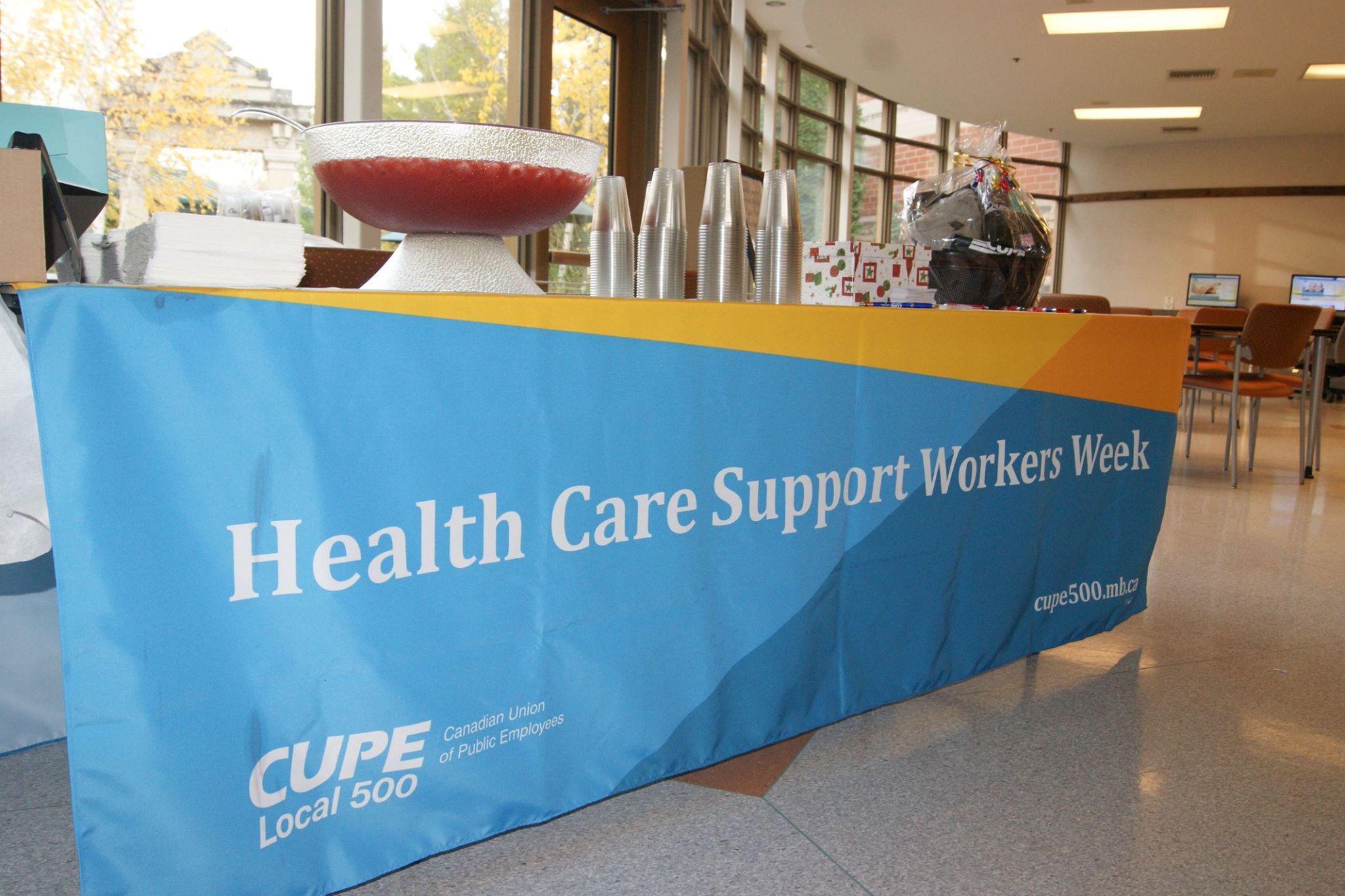 This week, CUPE is celebrating the work of its thousands of members in health care support roles across the Manitoba.

The Manitoba Government officially proclaimed the week of October 21 to 25, 2019 as Health Care Support Workers’ Recognition Week. The government failed to proclaim the week in 2018, but because of CUPE’s request it has once again been recognized.

“Despite working short-staffed, health care support workers in Manitoba have been doing everything possible to care for the community”, said Margaret Schroeder, President of CUPE 5362, representing staff at CancerCare Manitoba. “We call on the government to recognize our work by providing enough resources for us to do it effectively”.

CUPE locals across Manitoba are holding or participating in events to express appreciation for health care support workers. CUPE is also calling on the government to immediately meet with representatives of CUPE to discuss the impact of the province’s health care overhaul on front line staff.