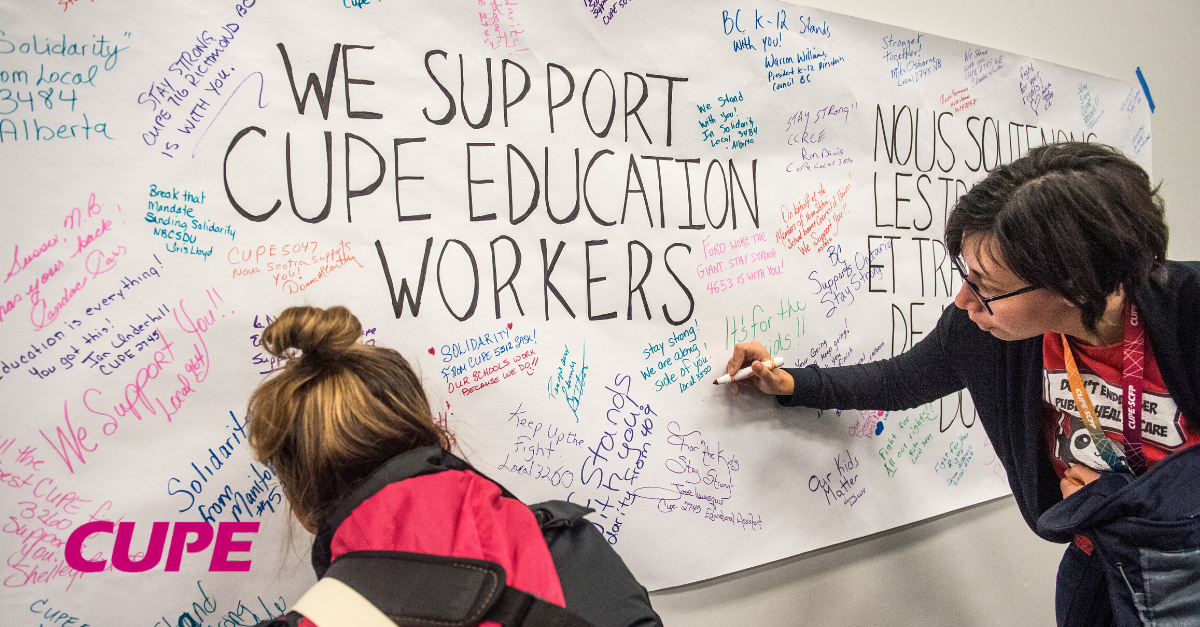 “The Pallister conservatives are driving their ideological agenda with an unprecedented attack on our local democracy, and this time it will affect our children”, said Lee McLeod, Canadian Union of Public Employees’ Regional Director. “School support staff are worried that such a major overhaul will result in cuts to education, will leave our most vulnerable students and parents with fewer resources, and even less ability to raise their concerns and needs.”

“If Pallister’s health care reforms taught us anything, it’s that they hurt our health care system and left it vulnerable when the pandemic struck,” said McLeod. “Now Pallister is using a pre-pandemic report to upend our education system, ignoring all the critical lessons we learned over the past twelve months.”

CUPE also notes that Bill 64’s elimination of school divisions will result in less public control and accountability of local schools. Parents, community members, and staff often approach local school boards and make presentations on how to improve schools in their areas. This legislation will eliminate important public oversight of our school system.

“Manitoba is unique in that our diverse communities have direct input into their school system through their locally elected school boards,” said McLeod. “This government wants to remove all of that local decision making and replace it with their own centralized, hand-picked appointees on Broadway. Toothless advisory boards will leave parents and families with no real voice in education”.