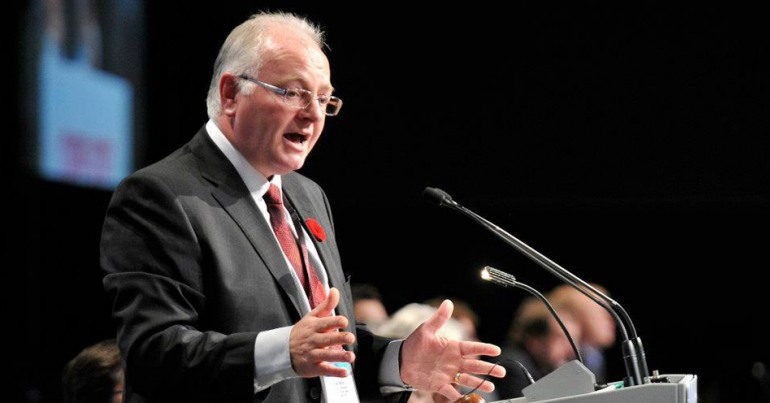 Ottawa, ON – The Conservative’s 2015 federal budget may balance the books, but it is highly unbalanced in its impact on Canadians.  It puts millions of seniors at risk of poverty, abandons families in need of affordable child care and quality public health care, and doesn’t help Canadians workers who need better jobs, says the Canadian Union of Public Employees.

“The Conservatives have chosen irresponsible economic policies that slash revenues to benefit a few corporations and the wealthy,” says Paul Moist, national president of CUPE, Canada’s largest union. “This budget does far more harm than good in addressing the gap between workers and the richest Canadians. With this budget, that gap will only continue to grow.”

Maintaining unreasonably low corporate taxes, income splitting, tax credits for wealthy families like the expanded TFSA’s provide no help for every day Canadians.  These measures recklessly slash federal revenues that will mean more cuts to public services that Canadians depend on.

“Expanding TFSA does almost nothing to help the over 11 million Canadians without a work place pension. Instead of expanding the Canada Pension Plan – widely seen as the most effective, efficient and affordable way to keep seniors out of poverty – the Conservatives only offer another tax shelter for the rich,” says Moist. “The lost revenues from expanding TFSA’s – at least $1 billion over the next five years – will only mean more pressure on OAS/GIS. This budget is an unqualified failure for the vast majority of Canadian seniors.”

“Families are spending more on child care than on housing – up to $2000 a month. This means the tax credit being offered up by Conservatives will barely cover one month. And that will be for only handful of families; most won’t get a dime,” says Moist.

The Conservatives lack of leadership on child care is even more pronounced in health care. Despite long waiting lists, five million Canadians without a family doctor, and skyrocketing prescription drug prices, the 2015 federal budget confirms Conservatives are cutting more than $36 billion from health care.

“This budget is clearly taking our country in the wrong direction. It fails workers, families, seniors, students, Indigenous peoples and the environment,” says Moist. “The only bright side is that with our pending federal election, this will be the Conservatives last budget. Next budget, we’ll be able to start repairing the damage done. It’s time for a change.”

CUPE’s complete analysis of the 2015 federal budget will be available on cupe.ca.