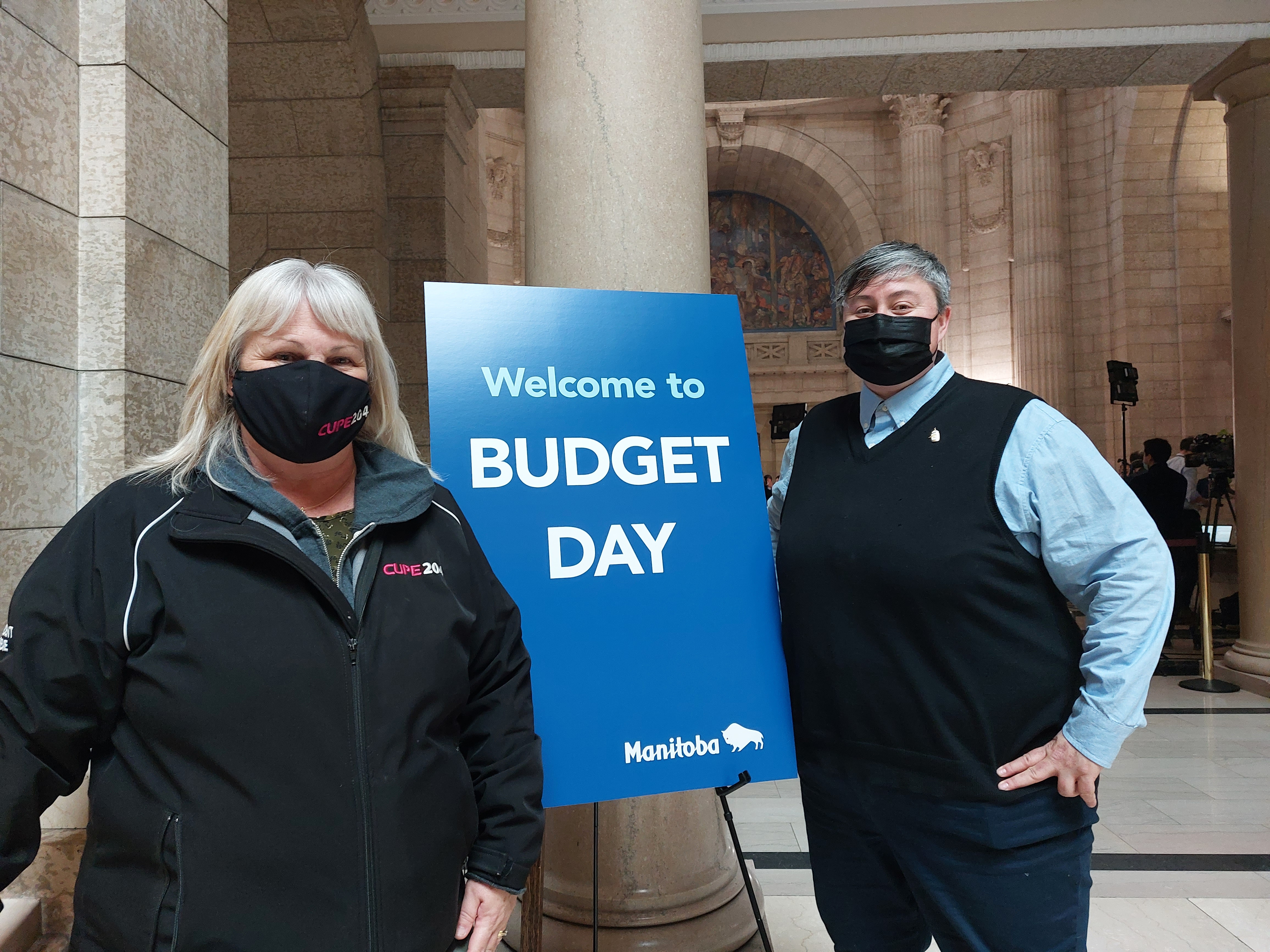 “Manitobans expect to see a budget that protects the public services they rely on,” says
Gina McKay, President of CUPE Manitoba.  “This government continues to cut taxes for ideological reasons rather than fully supporting our schools and health care facilities.”

CUPE is concerned that the government’s plan to reach a balanced budget by 2028 will come on the backs of Manitoba workers and public services families rely on.

“The government spent years cutting health care and eliminating full-time jobs, and now they pat themselves on the backs for this year’s budget,” added McKay.  “Manitobans won’t forget how this government decimated our health care system.”

“We are also deeply concerned that the government will look to privatizing, contracting out, and selling off public services in order to balance their budget,” says McKay.

“We need a government that takes bold steps to support public services, especially during a pandemic that is not yet over,” says McKay.  “This budget doesn’t do that.”

CUPE will continue to analyze the budget.