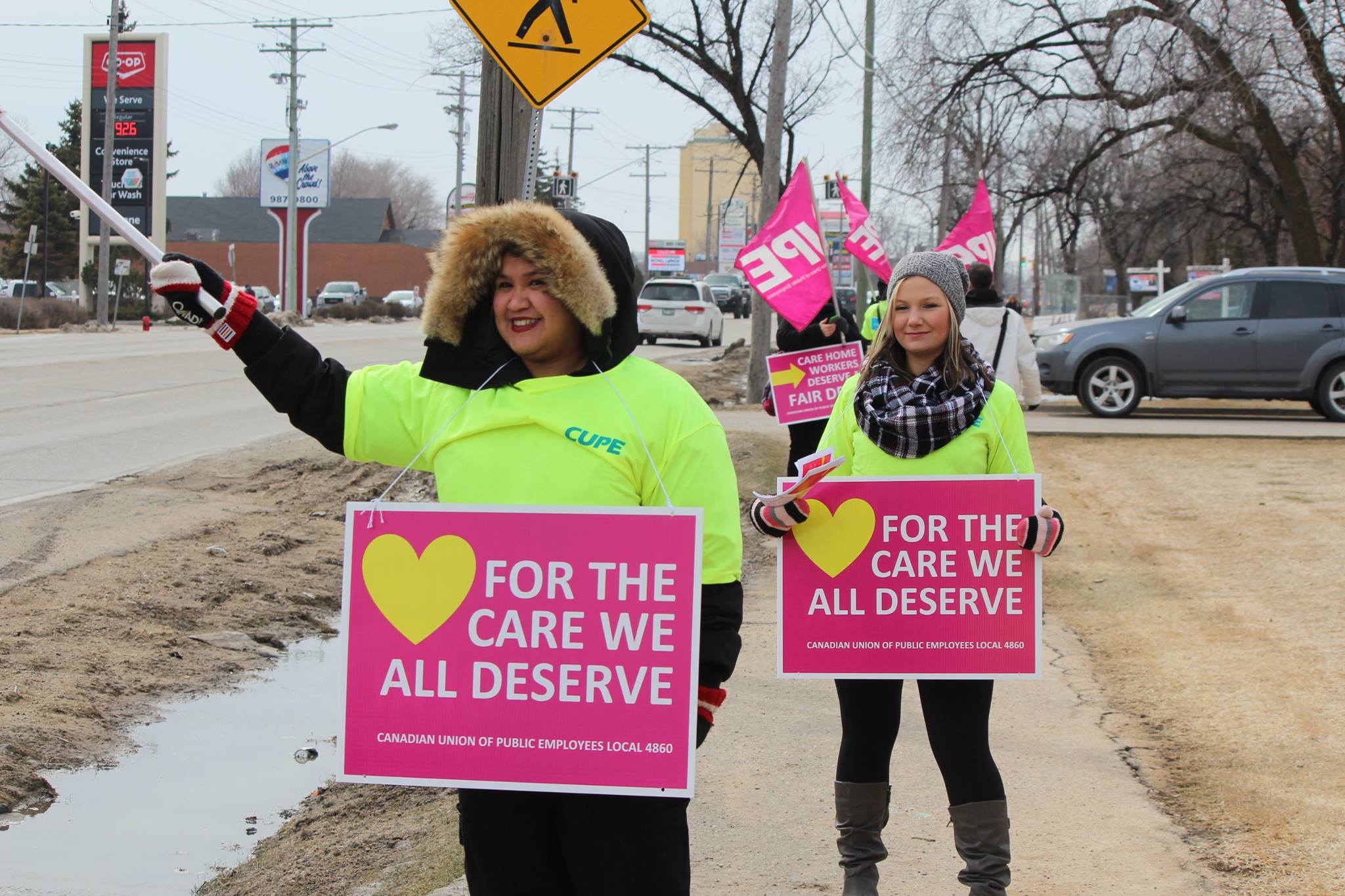 “While we welcome additional funding for long term care staffing, the government has missed this moment in time to address systemic staffing shortages across long-term and seniors’ care” said Gina McKay, President of CUPE Manitoba.

“The government continues to refuse to legislate mandatory minimum staffing requirements in care homes, despite numerous calls for strong legislation that would ensure no senior is left without care”.

CUPE Manitoba wrote a letter to the Minister of Health at the onset of the pandemic advancing key recommendations on behalf of long-term care support workers, including minimum staffing requirements.

“The Manitoba government needs to legislate these minimum staffing levels so no care home, private or public, can operate without enough workers,” said McKay.

CUPE Manitoba commissioned a poll in December 2020 through Probe Research, which found 94% of Manitobans support regulations that would increase minimum staffing levels in long-term care.

Additionally, two-thirds of Manitobans would like to see public or non-profit agencies take over at least some privately operated long-term care homes.

“We know that the private sector’s primary motivation is profit for shareholders, not the care of seniors or the value of care home staff,” said McKay. “We need strong, fully-staffed and publicly accountable long-term care in Manitoba, and this government has not committed to that”.

In Saskatchewan the provincial health authority has already begun assuming delivery of long-term care services provided by Extendicare for failing to adequately address the COVID-19 situation.

Additionally, Manitoba’s public sector health care support staff have been five years without a new contract. CUPE Manitoba, along with CUPE 204, CUPE 4270, CUPE 8600, and CUPE 500 urges the province to prioritise health care support negotiations with the view to improve working conditions, wages, and benefits to ensure recruitment and retention of staff.